Finally there’s a television that delivers a picture so stunning that it looks – and feels â€“ ... See full description.

Finally there’s a television that delivers a picture so stunning that it looks – and feels â€“ more real than reality. It’s the Samsung LED 7000. With its explosive 3D capabilities and immersive HyperReal Engine, it delivers the world as you’ve never seen it before. Its LED screen amplifies images to such an extent that it’s hard to believe they’re coming out of an ultra-slim TV. Richer colours, smoother motion and mega contrast levels combine to make an unparalleled viewing experience. So whether you’re watching your favourite television programs, web content or a video you shot yourself, it was designed to blow your mind.

Ultimate reality with Samsung 3D
There’s only one way to experience 3D
when you’re not in a theatre. And that’s the Samsung 3D LED TV.
It offers the ultimate immersive viewing experience by liberating content from the flat confines of the TV and turning it into explosive imagery. The effect is breathtaking – life-enriching, ultra-real picture quality that rivals the cinema – imported into your own living room. Samsung innovation has even made it possible to convert your favourite 2D movies to 3D. Because a Samsung 3D LED TV demands your attention, no matter what’s on.

Infinite entertainment with [email protected]
The new [email protected] platform provides viewers with a gateway to a multitude of entertainment ranging from Video, Music, Social Networking, News and Games amongst others. Samsung’s [email protected] offers users a diverse range of content to bring something for everyone in the family. Simply connect your new Samsung device to the internet via Ethernet cable or Samsung wireless dongle to access great services such as LOVEFiLM, BBC iPlayer, Twitter, YouTube and many others.

The TV that’s a design sensation
Only one TV can be this awe-inspiringly slim, stylishly sleek and utterly elegant. Undoubtedly, it’s the Samsung LED 7000. Its succinct and sophisticated shape lends itself to most any space. Made from a modernistic silver metal bezel material that enhances any room, its role in your home is more than just that of a television. Poised atop the newly introduced shape of Quad Stand, the LED 7000 is the total package. The likes of which was designed to revolutionise the way you watch television.

More real than reality with 3D HyperReal Engine
Your mind won’t believe your eyes. That’s how breathtakingly stunning the picture quality you get with Samsung’s 3D HyperReal engine is. Enabled by Super 3D Realisation, the picture is as unrivalled as it is unbelievable. This way, you’re never just watching a movie, you’re living it. Every moment will ring truer, go deeper, feel stronger, look richer. Hard to believe when you’re on your couch.

TV camera for video call ( SkypeTM on Samsung TV)
Enjoy widescreen Skypeâ„¢ video calls from the comfort of your living room. With Skype on your Samsung TV you can make free Skypeâ€“toâ€“Skype voice and video calls to friends and family, wherever they are in the world. Plus – you can also call landlines and cell phones from Skype at great rates. (learn more).
Just plug in a Freetalk TV camera**, sign in to Skype, and you’re ready to talk face-to-face in HD. ** Available from shop.skype.com

Green works in any room
Samsung LED TVs are easy on the planet as well as the eyes. Our 2010 Energy Star-Compliant LED TVs use 50% less power than last year’s model and are made with eco-friendly materials. So you can put your feet up and relax knowing you’re leaving a smaller carbon footprint and conserving energy at the same time. Not only will the planet look better, utility bills will too.

All Share keeps you connected
Samsung HDTV takes the struggle out of sharing your talent with the world, or at least with your family. Transfer your videos, music and photos from your PC or mobile device. Wirelessly and effortlessly. It even connects with multiple PCs. 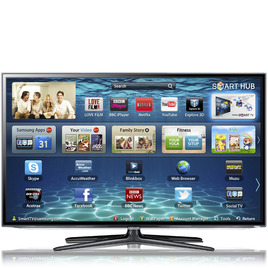 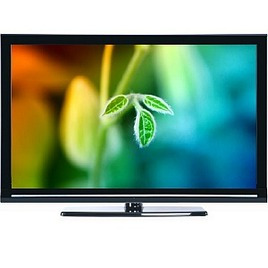 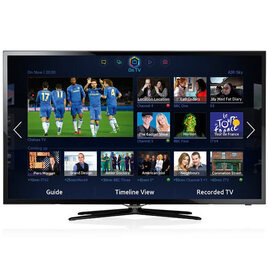 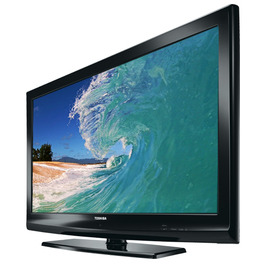