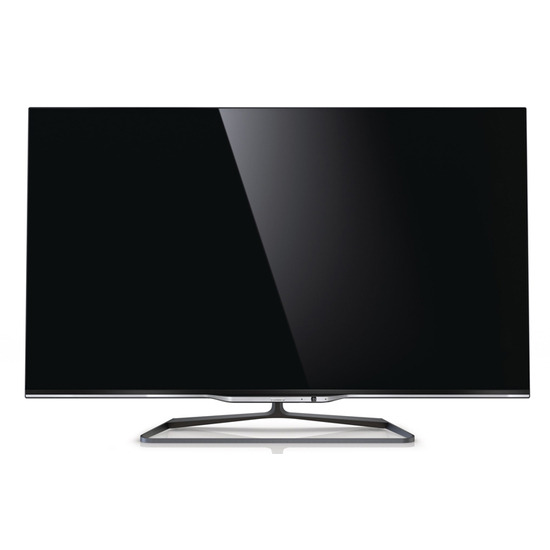 Philips 55PFL7008 – Design This colour ‘halo’ can be set to match the colour content of the image yo... See full description.

Philips 55PFL7008 – Design
This colour ‘halo’ can be set to match the colour content of the image you’re watching, or it can be set to output just one colour. There’s even an ISF Ambilight setting, designed in conjunction with the independent Imaging Science Foundation group, to provide the optimal light Ambilight tone for serious film watching. This should silence AV enthusiasts who still wrongly think Ambilight is nothing but a gaudy gimmick.

The Philips 55PFL7008’s bottom edge is a bit wider than the other three edges, but there’s an excellent practical reason for its extra size as it lets Philips build a camera into the TV. This doesn’t support any of the gesture controls you get with Samsung’s TVs, but it does let you use Skype without an external camera. There’s a mic tucked away next to the camera, too.
You can turn the camera off if you’re worried about the eyes of prying hackers invading your room, though the mic is always active.

Philips 55PFL7008 – Connections
The Philips 55PFL7008’s connections are as extensive as you would hope of a relatively high-end TV. Four HDMIs are on hand for digital video connection duties – including 3D sources – and intriguingly there’s a satellite input as well as the expected Freeview HD RF input. Multimedia features are supported by a VGA PC port, three USBs, a LAN port, and built-in Wi-Fi. The set even supports Miracast, so you can mirror your Android 4.2 (or later) mobile device to the TV’s screen without needing a router.

Philips 55PFL7008 – Smart TV features
Philips has also tweaked the interface for its Smart TV platform, including, most significantly, introducing a ‘learning’ system whereby the TV will recommend on-demand film titles based on your previous viewing tendencies.

The recommendations system is metadata based and uses both your household’s TV viewing and your on-demand viewing to build up your recommendations At present, however, this ‘learning’ feature only works on the Acetrax film service. Even worse, neither LoveFilm nor Netflix are available. Netflix is due to arrive towards the end of May/early June, thankfully, and LoveFilm too is apparently incoming, though no firm date is available for that yet. Hopefully when they do arrive they too will be supported by the Recommendations engine. 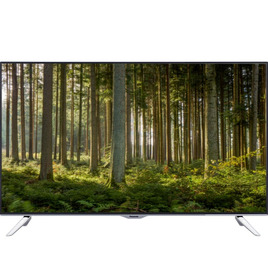 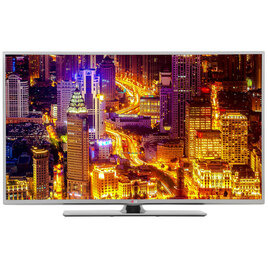 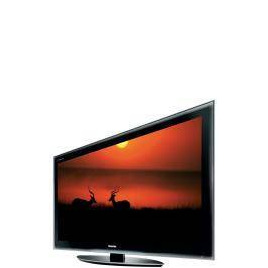 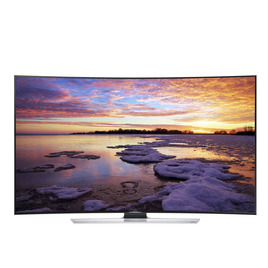