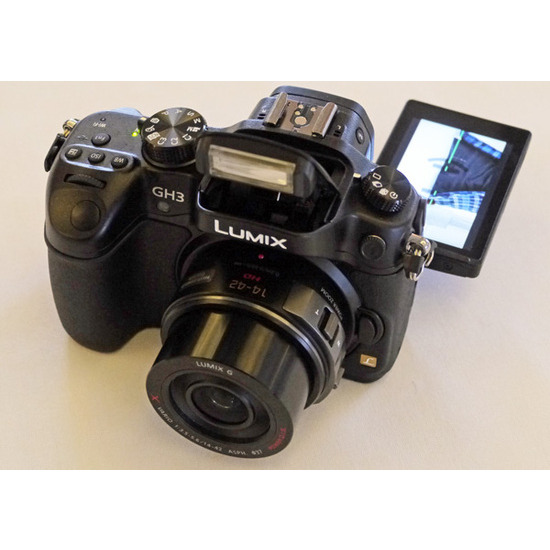 The GH3 is the “strongest mirrorless interchangeable lens” flagship model, featuring mobility, ruggedness and expandability. An amazingly competent stills camera with our most advanced video features to date.

Developed in 2008, Micro Four Thirds revolutionised the photographic market. The MFT system removed the reflex mirror and replaced it with a high quality electronic viewfinder that reads the image coming through the lens as it is focussed directly on the image sensor. The mirror-less system allows the sensor to be mounted much closer to the back of the lens, which in turn allows both the camera body and lenses to be smaller and lighter without compromising the image quality.

Whatever photo opportunity arises, the growing number of creative lenses available for the Micro Four Thirds System ensures that you won’t miss out. Over 30 models from manufacturers such as Olympus, Sigma, Leica and, of course, Panasonic are already available with more being added regularly.

Panasonic’s latest generation of Live MOS sensor is newly developed for the GH3 and incorporates a built-in Analogue to Digital convertor which eliminates signal noise in the output stage. The advantage of this is exceptionally clean images are generated even at ISO sensitivity settings as high as 12800. Wide dynamic range and a low-pass filter also contribute to outstanding image quality.

Our fastest ever auto-focus speed can be obtained when combining this camera with our latest double-speed AF control lenses. The combination of this lightning fast sensor and lens control means you get the action in focus more of the time.

As the GH3 will appeal not least for its top end video recording abilities, Panasonic have incorporated true broadcast quality codecs and recording options. Bit rates up to 72Mbps are available in All-Intra 50P mode, while Interframe IPB recording is offered at 50Mbps in MOV (H.264) format. Less space hungry file formats are of course available for the more occasional video user including AVCHD and MP4.

Due to the mirror-less design and Contrast Auto Focus system, auto focussing is continuously available during video recording.

Send pictures over Wi-Fi to upload, save or print
The inclusion of Wi-Fi functionality adds a whole new level of control and convenience. This new functionality includes: Remote control by smart phone or tablet device. Automatic back-up of photos to a Wi-Fi enabled tablet. Playback, Print or Transfer your pictures to other networked devices in your home. You can even add the location to your pictures using the GPS function of your tablet of phone that the camera is linked with.

Functionality & Ease of Use

Not only equipped with an incredibly clear 1.74M dots OLED Electronic Live View Finder with eye sensor, but also includes a high resolution 3.0 Inch, static touch, free-angle OLED display which gives you great control over composition however you prefer to hold your camera.

Using the electronic shutter completely eliminates AF and shutter noise
Two high-speed burst modes are offered. At full resolution it is possible to capture an incredible 6 frames per second. When the action is mega fast, there is the option of super high speed which shoots 20 fps at a resolution of 4 Megapixels.

Although the camera shutter noise can be reassuring, to let you know that the shot has taken, sometimes it’s better to have no noise at all. In some shooting situations a noise may frighten or upset your subject. The Electronic shutter mode allows silent operation of the camera.

Whether shooting in a landscape or portrait orientation, the camera’s internal gyro sensor always knows the angle of the camera
Enhanced Shooting Assist Function – Level Gauge

A handy Level Gauge is provided on the display that helps you to correctly align the camera. Whether shooting in a landscape or portrait orientation, the camera’s internal gyro sensor always knows the angle of the camera and displays guide lines on screen to help you hold the camera level.

The optional battery grip extends photo shooting time to over 1000 shots
Now with the mini jack (3.5mm) microphone and headphone sockets, you can record and monitor video sound like the pro’s.

The optional large battery grip (DMW-BGGH3E) supports an additional high capacity battery and offers an even more secure grip of the camera during shooting.

Built for mobility, the magnesium alloy chassis is both light and strong. While the rubber-ring seals protect the camera from ingress of dust or water through splashing.

The GH3 offers our most powerful pop-up flash with not only a guide number 12 range, but also a wider angle of throw. Also included on the camera is a flash syncro socket so that external flashes can also be fired.

Use the mini HDMI output for monitoring the video signal during recording, to another HDMI device such as a large screen TV or record the signal off-board to an external recorder.

HDR (High Dynamic Range) mode allows for natural looking photos to be created from difficult shooting scenes where background lighting is too strong for subjects in the foreground. Three photos with different exposures are consecutively shot with one shutter release. The best parts of three photos are combined to produce a photo with excellent gradation and minimal shadow blocking/blown highlights.

Time lapse recording enables the user to capture an event spaced over a long period of time, in a video sequence that you only want to last a few seconds, such as the opening of a flower or the setting of the sun. Shooting intervals between 1 sec and 99 mins and 59 seconds can be selected.

Between 2 and 4 images can be synthesised together to a create a multiple exposure picture. Let your creativity flow and see what amazing imagery you can come up with. 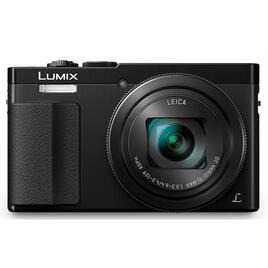 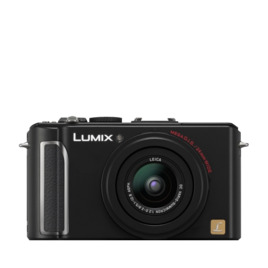 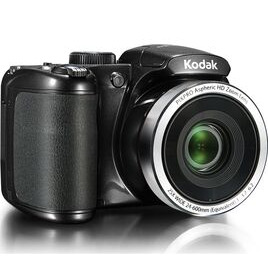 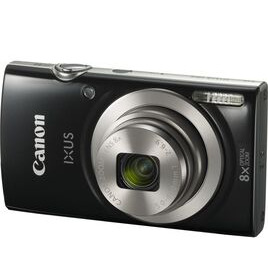