The model covers a wide range of shooting situations from close distances to faraway subjects. Using Intelligent Zoom that employs super-high resolution technology and the Crystal Engine PRO, it offers ultra-telephoto Intelligent Zoom shooting to exceed the magnification range of the optical zoom, up to a high-powered 42x zoom. It also features a 33.7mm* wide-angle lens. to realize shooting at a close distance from the subject while fitting both the subject and the surrounding area into the frame. * 35mm camera equivalent
HYBRID O.I.S. is a optical/electrical image stabilization system. Further to blurring by vertical/horizontal wrist movements, it detects subtle blurring by vertical/horizontal entire arm movement and corrects them using a lens in the optical system and a sensor in electrical system. In electrical image stabilization, utilizing an unused area of the sensor when zooming, suppresses image degradation. Powerful correction realizes beautiful images even when shooting on the move or zooming.
The evolved Zoom Mic links the microphone’s action to the camera’s action. When zooming in on a bird in the distance, for example, the microphones also zoom in on the bird in link with the lens zooming operation. The function also reduces the surrounding noise to about 1/3 (-10 dB)* that of conventional models and realizes recording the sounds with superb clarity. The Wind Noise Canceller automatically detects and suppresses only wind noise to ensure natural sounds. *In comparison with 2ch camcorders (SD600/TM60/HS60/SD60).
The iA (Intelligent Auto), consists of six functions: Face Recognition, new HYBRID O.I.S., AF/AE Tracking, Intelligent Scene Selector, Face Detection and Intelligent Contrast Control, senses the shooting conditions and automatically makes the settings and activates functions that will deliver optimal results. With both motion and still images, iA does the bothersome settings for you and makes it easy to capture beautiful, well-focused images. ・ The functions included in iA may not be applied when conditions do not call for them. 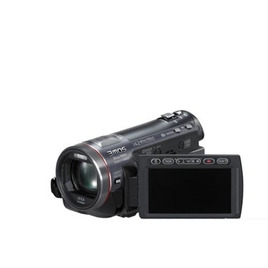 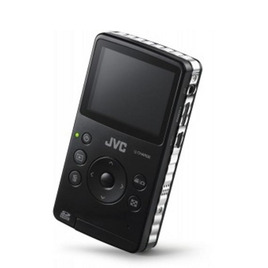 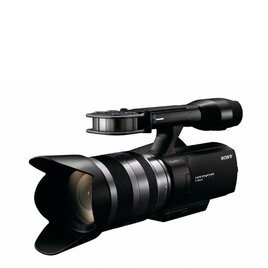