Xbox 360 is the most powerful next-generation gaming system. Featuring high-definition (HD) graphics and multichannel digital sound, Xbox 360 heralds the new era of gaming. As the centerpiece of your entertainmentexperience, Xbox 360 allows you to integrate music, movies, photos and TV choices into game scenarios through a Windows-based PC or any Universal Serial Bus (USB) peripheral. The new Xbox experience allows users with Xbox LIVE service to personalize their entertainment with avatars, challenge and talk to friends, stream 15,000 Netflix movies and TV shows, and download new content including demos and games. Xbox 360 offers the best HD entertainment options with the greatest games, and it offers both right now.

Xbox LIVE is where games and entertainment come alive. Connect your Xbox 360 console to a broadband connection and get instant access to Xbox LIVE with an Xbox LIVE account. Express your digital identity through a personalized avatar, Gamertag and gamer card. Talk using video and voice chat on Xbox LIVE, or text chat with anyone who has access to Windows Live Messenger. Access Xbox LIVE Marketplace and Xbox LIVE Arcade—all right out of the box. Xbox LIVE Marketplace Video Store offers more than 5,600 hours of entertainment content, including high and standard-definition movies and television shows. Upgrade to an Xbox LIVE Gold Membership, and enter the exciting world of multiplayer online gaming. With matchmaking, access to all your Achievements and statistics, video chat and video messaging, and an enormous selection of games, Xbox LIVE Gold delivers your competition, on your terms.

The new, more robust Family Settings features in Xbox 360 help parents control the online and offline game experiences of their children by selecting whether they can play online and whom they play with, and by locking the console to play only games that meet a certain rating. The Family Timer also helps parents regulate what kids play and for how long.

Press the Xbox 360 Guide Button on your controller at any time—whether playing a game, watching a movie, or listening to music—and the Xbox Gamer Guide heads-up display will slide into view. From here, you can quickly see your Gamerscore and online status, access Messages, Friends List and players lists, set up a private chat, adjust your personal settings, and control your music. 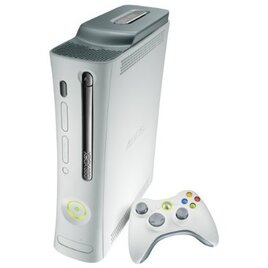 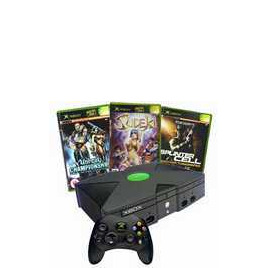 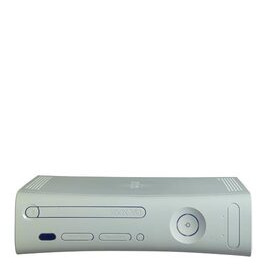