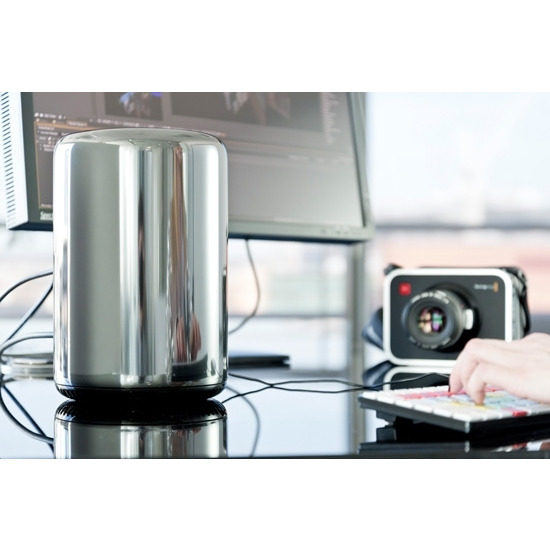 Stunning new design. Mac Pro is the professional desktop computer reinvented from the inside out. Arrangin... See full description.

Stunning new design.
Mac Pro is the professional desktop computer reinvented from the inside out. Arranging the most advanced technologies available around a unified thermal core allowed us to make this the most powerful and expandable Mac ever, yet also unbelievably compact and quiet.

Powerful multicore processors.
The new Mac Pro features the latest Intel Xeon E5 processor, with up to 12-core processing power and a four-channel memory controller providing up to 60GB/s of memory bandwidth, all on a single die. And with 40 lanes of PCI Express gen 3 throughput, up to 30MB of L3 cache and over 500 gigaflops at peak performance, you’ll never be at a loss for speed.

Dual workstation-class GPUs.
Every new Mac Pro comes as standard with dual AMD FirePro workstation-class GPUs, each with up to 6GB of dedicated VRAM and 2,048 stream processors, providing up to 264GB/s of memory bandwidth and up to 3.5 teraflops. That’s enough power to edit full-resolution 4K video while simultaneously rendering effects in the background — and still connect up to three 4K displays.

Thunderbolt 2.
Build your dream workstation — without being limited to the space inside the enclosure. Thunderbolt 2 delivers throughput of up to 20Gb/s to each external device. And since each Thunderbolt 2 port allows you to daisy-chain up to six peripherals, you can connect massive amounts of storage, add a PCI Express expansion chassis and work with the latest 4K displays. 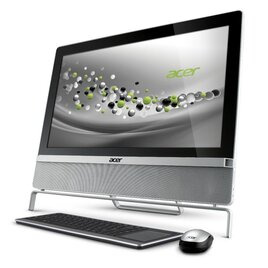