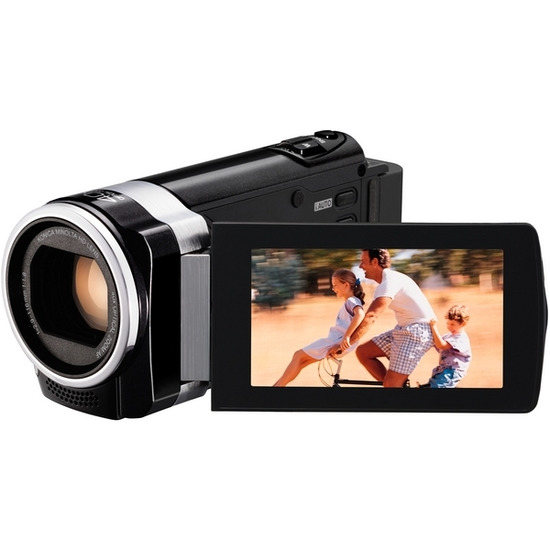 he JVC Everio GZ-HM650 is a Full HD 1920 × 1,080 pixel camcorder features 8GB of internal memory, plus a slot for supplementary SD, SDHC or SDXC card. The former allows for six-and-a-half hours of footage in UXP mode, or 9,999 photos. Footage is composed and reviewed via a flip-out and twist 2.7in, 230k pixels, touchscreen LCD. Pulling the faraway closer is a best-in-class image-stabilised 40x optical zoom. This can be digitally boosted to a 70x equivalent if desired, but with resolution dropping to standard definition as a result.

Showing its mettle in low light, the HM650 comes with an f/1.8 maximum lens aperture, plus back-illuminated 1/4.1in CMOS sensor with a total of 3.3Mp. This may not sound like much on paper, but when HD footage is roughly the equivalent of 2Mp, it’s plenty.

Lightweight even with the rechargeable battery loaded on the back – charged on the camcorder itself – the HM650 sits comfortably in the palm or a jacket pocket. With a glossy finish part disguising its plastic construction, controls are few and fall readily to hand. The large record button rests under the thumb as your forefinger hovers over the zoom switch with a ‘snapshot’ shutter release button sitting behind.

Indicating step-up potential, it’s big on user friendliness though its touchscreen icons are small. Fold out the LCD screen and the camera powers up automatically and instantly, though the lens cover has to be opened manually, with an on-screen prompt reminding you to do so. The zoom action is steady and near silent, with just a very low grinding noise; not quite as finessed as the Canon then, but the focal range here is broader. For a device of this size, detail and colour are impressive, but the sensitive built-in mic does pick up operational noise.

Aimed at a family audience, the JVC features common digital camera gizmos such as subject-recognising intelligent auto mode (with its own button), face recognition and smile-shot modes, while time lapse recording and the ability to add an animation effect to footage provides a degree of creative scope. HDMI, AV and USB output are hidden beneath the screen when it’s not in use. 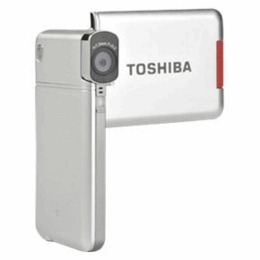 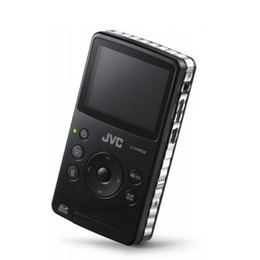 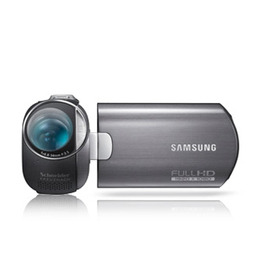