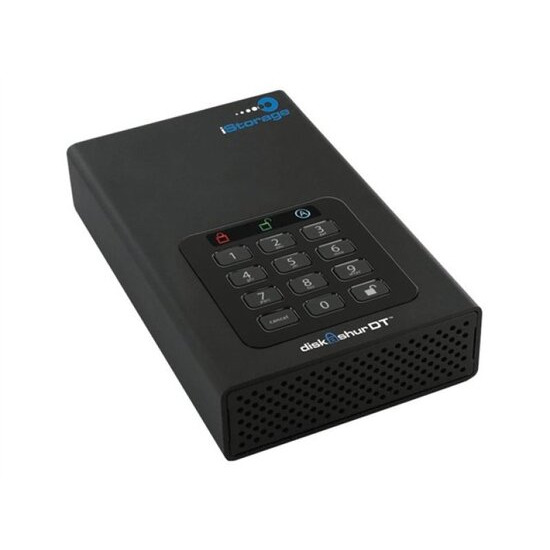 The iStorage Desktop Secure Hard Drive utilises military grade AES 256-bit hardware encryption, which encrypts all data stored on the drive in real time. Should the drive be lost or stolen, the user can rest assured that all data held on the drive is safe and cannot be accessed by any unauthorised third party, even if the hard drive is removed from its enclosure.
What is diskAshurDT?

The iStorage Desktop Secure Hard Drive is the world’s first portable hardware encrypted hard drive with PIN code access and capacities of up to 3TB.

The iStorage Desktop Secure Hard Drive utilises military grade AES 256-bit hardware encryption, which encrypts all data stored on the drive in real time. Should the drive be lost or stolen, the user can rest assured that all data held on the drive is safe and cannot be accessed by any unauthorised third party, even if the hard drive is removed from its enclosure.
Why the diskAshurDT?

Did you know that tens of millions of external data storage devices are lost every year and this figure is rising. Have you ever considered the impact of losing your non-encrypted hard drive or USB flash memory key? Your data would be at the mercy of anyone who stumbles across it. Your personal videos may appear on YouTube, your business data sent to a competitor, your personal and financial information used for fraudulent purposes.

The Information Commissioner’s Office (ICO) now has the power to fine businesses and government bodies up to £500,000 for serious breaches of the Data Protection Act. This includes the loss of an unencrypted portable hard drive or USB flash memory key that contains customer data. The ICO has been very clear in advising businesses to encrypt all data that workers access, they also recognise that data which is encrypted and lost or stolen is not vulnerable to compromise.

Loss of confidential data can have a devastating effect on both businesses and consumers. It could lead to a hefty fine, the downfall of a business, embarrassment, job losses and adverse media focus. The iStorage Desktop Secure Hard Drive can protect you against all of this.
What is the difference between software and hardware encryption?

The diskAshur DT cannot be brute force attacked The diskAshur DT is not vulnerable to keyloggers as the PIN is entered on the unit rather than the keyboard The diskAshur DT does not require any software and can be used on any PC, MAC or Linux machine Encryption is performed in real-time thus there is no speed degradation No software or drivers are required

With no software installation required for setup or operation and the ability to run on any platform, the IStorage diskAshurDT provides stress free deployment in corporate environments. Its Administrator Feature allows enrollment of up to five unique user ID’s and one administrator, making it a useful business collaboration tool.
Super fast USB 3.0 Connection – Data transfer speeds up to 10X faster than USB 2.0

With a super speed USB 3.0 interface, you can now access your files faster than ever before. The IStorage diskAshurDT is also backwards compatible with USB 2.0 and 1.1 ports.
Data at Rest Protection

All data, PINs, and encryption keys are always encrypted while at rest.
Sealed from Physical Attacks by Tough Epoxy Coating

In addition to encrypting all of the PINs, data and the encryption key itself, the IStorage diskAshurDT adds another barrier between a between your data and a hacker. The encryption chip and circuitry of the IStorage diskAshurDT are completely protected by a super tough epoxy compound, which is virtually impossible to remove without causing permanent damage to the electronics. This barrier prevents a potential hacker from accessing the encryption circuitry and launching a variety of potential attacks.
Brute Force Self Destruct Feature

The IStorage diskAshurDT uses a three pronged approach to protect against a Brute Force attack. The first step is to deny access to the drive until the drive can verify the user PIN. After several incorrect attempts the drive will lock itself, requiring the drive to be plugged in again to input a PIN. This feature blocks automated attempts to enter PIN numbers. Lastly, after a predetermined number of failed PIN entries, the Padlock DT assumes it is being attacked and will destroy the encryption key and lock itself, rendering the data useless and requiring a total reset to redeploy the IStorage diskAshurDT.
Auto Lock feature

The IStorage diskAshurDT auto lock feature enables you to set the unattended drive to lock after a pre-determined amount of time of your choosing.
Wear Resistant Key Pad 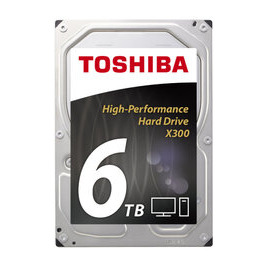 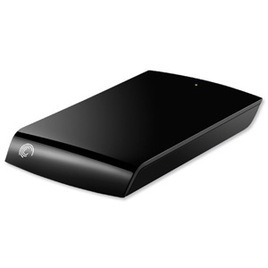 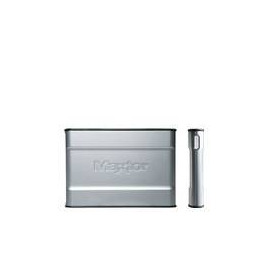 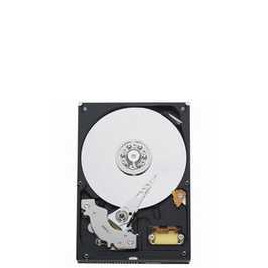