The Fujifilm X-E2 builds on the success of the highly acclaimed Fujifilm X-E1. The X-E2 takes image quality to a dynamic new level that is comparable with full-frame cameras. It delivers even more colour reproduction, higher definition image capture, and the world’s fastest AF speed of 0.08 seconds (among digital cameras equipped with a 4/3-inch or larger sensor).

Classic X series design and intuitive controls
The X-E2 employs numbered dials for aperture, shutter speed and exposure compensation and is equipped with a viewfinder that allows you to select your composition.
The design of the Fujifilm X-E2 resembles the cameras of the film age, and there is wisdom that has been passed down behind it. It features a beautiful magnesium die-cast top and front cover – stylish yet strong.

The X-E2’s prestigious feel continues with the combination of aperture ring on the lens and shutter dial on the top of the body as seen in its predecessor. This allows full shooting control while keeping your eye to the viewfinder

Even more beautiful colour reproduction and even higher definition image capture
The 16.3 Megapixel APS-C sized X-Trans CMOS II Sensor incorporates an original colour filter array. This eliminates the need for an optical low pass filter that typically minimises moiré but does so at the expense of resolution. Instead, the X-Trans CMOS II sensor can capture unfiltered light from the lens for an unprecedented level of image clarity.

Lens Modulation Optimiser technology
Quality is further improved by the Lens Modulation Optimiser (LMO). Its high-precision processing of the various lens parameters as well as data from the screen centre to the edges, corrects diffraction blur when shooting with a stopped down aperture and compensates for the slight blurring in the lens periphery. The result is edge-to-edge image quality with incredible sharpness. LMO is compatible with every XF lens.

Fast and accurate focusing
Thanks to the X-E2’s ultra-fast response you won’t miss a photo opportunity. In addition to achieving a world’s fastest AF, the X-E2 has a rapid startup time (0.5 seconds), virtually no shutter lag (0.05 seconds), and high-speed continuous shooting of 7.0 fps (up to 28 frames).

OLED electronic viewfinder
With a resolution of approx. 2.36 million dots and 100% coverage, the X-E2 display panel provides a superbly detailed image to perfectly frame and focus your shots. The rich colours of OLED technology and the high contrast ratio, provide exposure, white balance and film simulation settings with high fidelity, and let you see exactly what you are doing.

Manual focus made easier
Manual focus has been made easier by the inclusion of Digital Split Image technology. This helps the user achieve pin-sharp focusing by simply adjusting focus to line up the four stripes displayed in the central part of the live view and match the left and right split images. Focus Peak Highlight, the highlighting of the outline in high contrast areas of the subject during focusing, further assists the user achieve critically sharp shots.

Improved movie performance
The X-E2 shoots Full HD video (1920×1080) up to 60fps and the AF tracking performance in movie mode has been improved with good focusing speed, accuracy and smoothness. Quick tracking of the subject is possible in a variety of situations, such as when panning and zooming, or when the subject moves closer to or further from, the camera. Film simulation settings and exposure compensation (±2) can be used during movie recording, and a high bitrate (36Mbps) has been set.

Superb functionality
The X-E2 continues to use the combination of a manually adjusted aperture ring and a shutter speed dial on the top plate that was well received by X-E1 owners. It allows the user to shoot and operate the camera without needing to look away from the viewfinder. Exposure compensation has been increased to the scope of ±3. Every X-E2 owner can also customise up to 4 buttons on the top and back of the camera to suit their own shooting style.

Wirelessly transfer your images
You can easily transfer images wirelessly from the X-E2 to your smartphone or tablet after installing the free FUJIFILM Camera Application app. There are no troublesome ID and password settings; just press the Wi-Fi button on top of the camera and then add the images directly to your blog or share them with friends on your social networking site. You can also use the X-E2’s built-in Wi-Fi to save your photos to your PC.

Creative modes
Choose your own image style with the Film Simulation Mode setting and recreate FUJIFILMs unique film heritage. By selecting from one of 10 variations you can shoot your images how you want them. Velvia gives vivid colours, ASTIA is suitable for portraits, PROVIA is a natural all-rounder, while the softer Pro Neg.Std, and sharper Pro Neg.Hi, are perfect for indoor portraiture. Sepia film simulation is also possible while creative black & white photography can be enjoyed using three different filter effects. Film simulation bracketing is also handy for generating three film styles from one shot.

Extra functions
Through the in-camera RAW development function, a RAW image can be converted to JPEG without a computer, while 14bit RAW capture enables RAW conversion with richer tonality. The built-in Super Intelligent Flash gives the right amount of light for the scene, while overexposure when using a flash for macro photography is also controlled, helping the user capture nature-looking images. 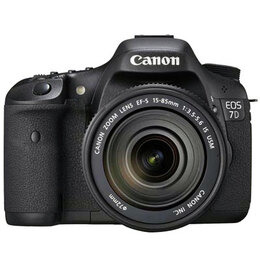 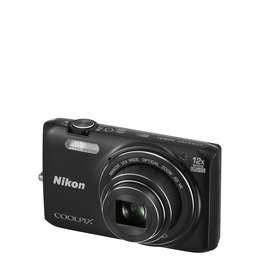