A compact and manoeuvrable camcorder that delivers professional-quality HDV1080i recording, the XH A1S provides total user control with a comprehensive array of custom settings and presets.

Professional-quality HDV recording
The XH A1S delivers 1080i HD recording with selectable frame rates of 50i and 25F. Choose 50i and shoot with ultra-crisp realism, or adopt 25F for the traditional look of film. 24F/30F/60i shooting modes are available via an optional upgrade, for truly global recording capability.

The power of 3CCD and DIGIC
High-resolution shooting is enabled by a 1/3” 1.67 megapixel 3CCD sensor system that works in harmony with Canon’s DIGIC DV II – a processor built to handle the amount of data required for HD.

Canon L-series HD Video Lens
Canon has redesigned the 20x L-series HD Video Lens to make it more comfortable to use, and more efficient in operation. The lens now features a new control ring design, as well as simultaneous, independent control of Focus, Iris and Zoom. Lens ring operation can be modified to suit the individual user’s needs.

Enhanced audio functionality
Canon has increased the audio options on the XH A1S to give cameramen greater flexibility and control. The camera incorporates twin XLR audio inputs but adds independent limiters in manual mode and simultaneous use of built-in and XLR microphones. Independent XLR sensitivity settings are also included.

Advanced image control
The range of image adjustment functions has been expanded and includes options such as wider white balance adjustment (from 2000k to 15000k), selective RGB noise reduction options and Auto Gain Control (AGC) limit – with increased fine-tuning options. Up to nine Custom Presets can be stored in-camera or to SD memory card for easy transfer to a compatible Canon camcorder.

More robust, easier to use
The XH A1S is easy to use, featuring improvements in the layout of exterior buttons to prevent accidental operation. Mechanical refinements include sturdier terminals such as a 6-pin Firewire connection. 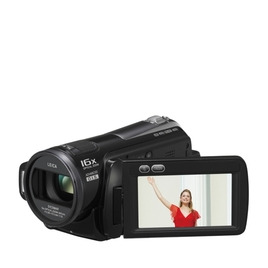 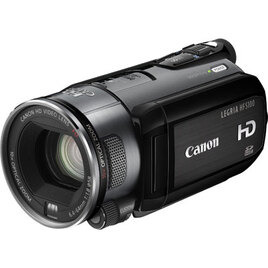 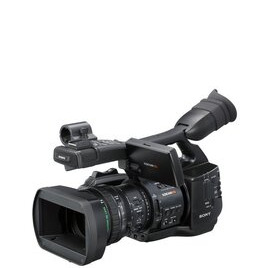