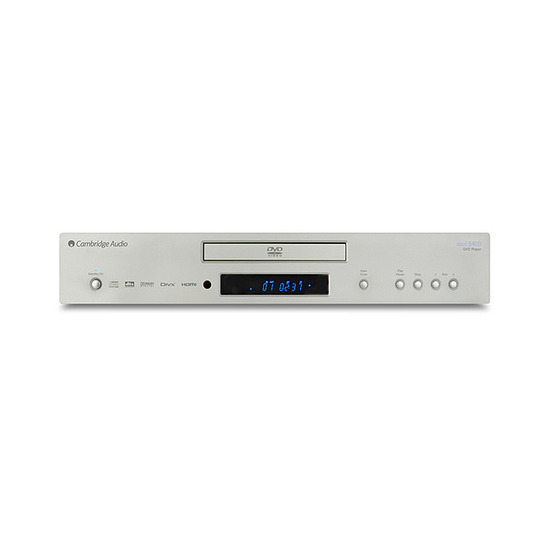 The Azur 540D V2 is a new ground-up DVD player design from Cambridge Audio which embraces HDMI technology for outstanding picture quality and simplicity while the company’s usual attention to audio reproduction ensures superb sound from music or video sources. The 540D uses a highly evolved DVD chipset and proprietary Phased Lock Loop (PLL) system which produces incredibly low jitter. Indeed the DAC specified and anti-aliasing filter circuits mean the 540D is also a true audiophile CD player while the HDMI output is capable of upscaling to 720p or 1080i. The 540D is a remarkable CD/DVD player at this price point.

Cambridge Audio prides itself on producing products that are as comfortable with movies as they are with music and the 540D is no exception. Using a Phased Lock Loop system, another of Cambridge Audio’s proprietary technologies, the 540D synthesizes and locks all audio clocks to the master MPEG video clock. This kind of innovation is unheard of in a DVD player at this price and ensures the jitter performance you would expect from a Cambridge Audio Azur CD player. As well as a 5.1 output, a dedicated stereo audio output connects to stereo amplifiers and AV receivers for the very best sound quality with music discs.

The jitter at the SPDIF digital output is also extremely low for best possible performance when the using the connection with an AV receiver in surround-sound mode.

A highly evolved DVD chipset includes the ability to reproduce progressive scan images in both PAL and NTSC formats via either analogue component video or digital HDMI output. Indeed, while Cambridge Audio acknowledges that 1080p offers the ultimate reproduction for screens over 50” the 540D’s HDMI output (upscaling to 720p or 1080i video formats) for screens under 50” is unsurpassed. The 540D’s high bandwidth analogue video outputs also provide excellent picture quality for TVs without HDMI connections.

A proprietary, acoustically damped transport combines with a Crystal/Cirrus Logic CS4382 sixchannel DAC enabling playback of both DVDs and CDs.

Multi-room is also supported. Control Bus Input/Output and IR emitter input are provided to make it easy to integrate this unit into custom installation systems if desired.

The 540D V2 sits on a custom made low resonance acoustically dampened chassis and comes supplied with an easy to use Azur navigator style remote which also controls Cambridge Audio amplifiers and AV receivers as well as Incognito multi-room kepypads. 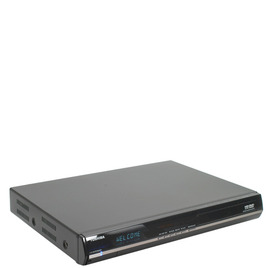 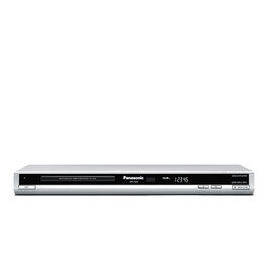 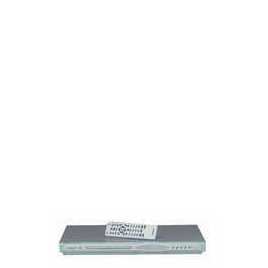 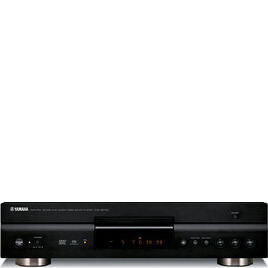