Pure invention. We designed the new MacBook to be not only thinner and lighter, but more functional and i... See full description.

Pure invention.
We designed the new MacBook to be not only thinner and lighter, but more functional and intuitive than ever before. To do that, we couldn’t just shave a millimetre here, a gram there. So we started from scratch, reinventing each essential element as part of a singular, deceptively simple design. It’s everything there is to love about Mac. In its purest form ever.

A keyboard reimagined from A to Z.
From the beginning, our goal was to design a full, uncompromising Mac experience. And a full-size keyboard is an essential part of that. In order to fit a full-size keyboard in the incredibly thin MacBook, we designed the keyboard from the ground up. Each component has been rethought specifically for the new MacBook, from the underlying mechanism to the curvature of the surface of each key to the distinctive new typeface. The result is a keyboard dramatically thinner than its predecessor. Now when your finger strikes the key, it goes down and bounces back with a crisp, consistent motion that makes typing with precision a breeze.

Precision backlighting.
When we set out to design an incredibly thin keyboard, one of the first things we considered was how to backlight the keys in a way that took up less space while delivering an even cleaner and more refined look and feel. To do that, we removed the row of LEDs and the light guide panel that distributed light throughout the keyboard and instead placed an individual LED under each key. These LEDs are calibrated for uniform brightness, so every key and character looks clear and sharp with minimal light around the keycap. All while being engineered for as much energy efficiency as possible.

The Force Touch trackpad.
Press a little deeper, do a lot more.
The new Force Touch trackpad may look like other trackpads on the surface, but underneath it’s unlike anything that’s existed before. Force sensors detect how much pressure you’re applying, and the new Taptic Engine provides a click sensation when you press anywhere on the surface. Now the click that once was a single, mechanical function is just the start of what you can do with Force Touch. The sensory capabilities of the Force Touch trackpad allow you to tell your MacBook what you want it to do based on subtle differences in the amount of pressure you apply. This makes it possible to perform a variety of different actions in different apps, all on the same surface. And it can respond with haptic feedback you can actually feel, making your MacBook more usable and personal than ever before.

We squeezed the most into it.
And out of it.
Each component inside the new MacBook has been meticulously designed to get the most out of an incredibly thin and light enclosure. We started with an amazingly efficient processor, coupled with fast Intel HD Graphics 5300, and optimised OS X to draw on the processor using as little power as possible. Because no fan is needed to cool the new MacBook, it runs silently and without any moving parts, and it has more room for battery cells to provide all-day performance. 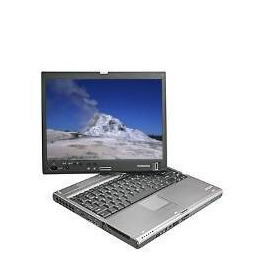 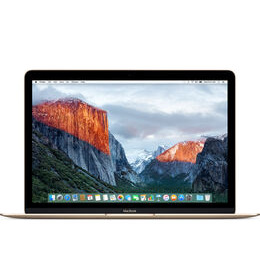