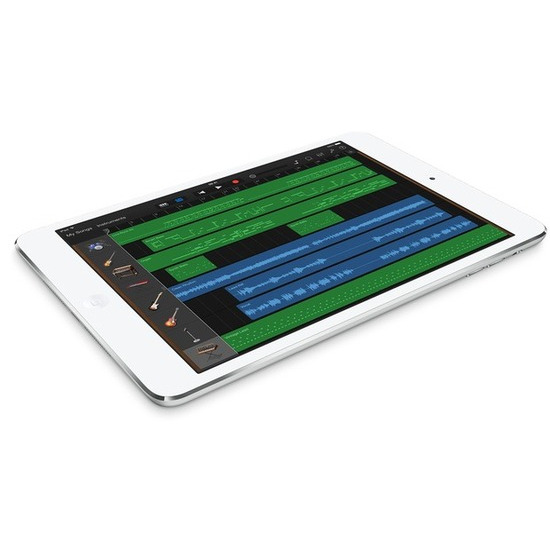 iPad mini was designed to be a concentration, rather than a reduction, of iPad. It’s small. But when you us... See full description.

iPad mini was designed to be a concentration, rather than a reduction, of iPad. It’s small. But when you use it, it doesn’t feel small. In addition to the Retina display, we packed in a tremendous amount of power and capability. And yet iPad mini remains the perfect mini size. That’s because we re-engineered nearly every component. And shaved fractions of millimetres everywhere to keep iPad mini thin and light. It feels like an iPad in every way — only it’s mini.

The new A7 chip flies. It’s the most powerful chip we’ve built to date — and the most efficient. A7 brings 64-bit desktop-class architecture to iPad, which means iPad mini speaks the language of the most advanced computing designs available. The A7 chip gives iPad mini up to 4x faster CPU performance and up to 8x faster graphics performance than the previous generation. So it delivers incredible power and performance in a remarkably light device that fits in one hand.

There’s a reason we design our own chips. We can decide which functions we want a chip to perform and build them into the individual circuits and components. This creates more efficient power usage, which allows our devices to be so thin and light yet have great battery life. It’s one of the advantages of designing both the hardware and the software. Because the only way you can build a product this thin and powerful is by investing in and caring about the primary components used to make it.

The M7 motion coprocessor is another reason why iPad mini can be so powerful yet power efficient. We designed M7 to measure the motion of iPad mini by collecting data from the gyroscope, accelerometer and compass. It offloads work from the A7 chip, gathering motion information from iPad mini so apps can adapt their functions. Because M7 was engineered for this specific task, it uses less power than A7 would require. And it frees up A7 to focus on other tasks. The result is not only a better iPad experience, but great battery life.

The 7.5-mm-thin enclosure of iPad mini is filled to the brim with advanced technologies that help give you an even better experience. iPad mini is designed to be on the go, so it has two antennas to support MIMO (multiple-input multiple-output) for up to twice as fast 802.11n Wi‑Fi. And the Wi‑Fi + Cellular model has more bands to support more networks around the world — so iPad mini can keep you connected in more places. It also features a 5-megapixel iSight camera and a FaceTime HD camera with an improved sensor for better video calls. And dual microphones improve audio and filter background noise for video recording, FaceTime calls and voice recognition when using Siri. All this technology fits within a sleek frame that’s light and easy to hold. 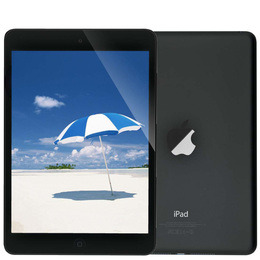 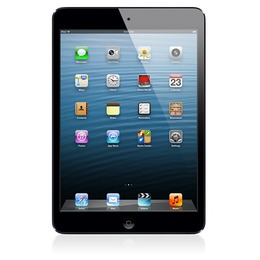 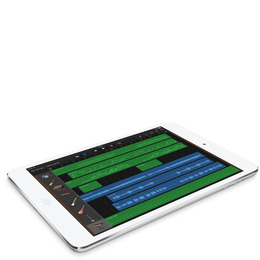 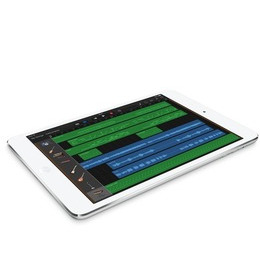